We’d like to say that we found the Shasta MountInn Bed & Breakfast by doing a search on Gluten Free Bed and Breakfast places. Instead, we were just looking for a place to spend a night in Mount Shasta, California, on our way back up from Los Angeles. The last time we’d been to Mount Shasta was a disaster, because it was a Sunday morning and we couldn’t find anything that: A) Was open, and B) Looked like a place we would want to eat. They have a health food store there, but the selection is basically deli food.

Fortunately, we found the Shasta MountInn Retreat and Spa just through a web search. It has a five star rating on all the hotel review websites and we weren’t able to find anything but rave reviews. So we called them up and while making arrangements to spend the night, mentioned that I was gluten free. The person we were talking to, Dave, said that he had just been to Trader Joe’s and he could make me some gluten free pancakes. (!!!!) I’m sure that we just got lucky and if you want to book a stay at the Shasta MountInn, you should let them know ahead of time if you have any special dietary requests. 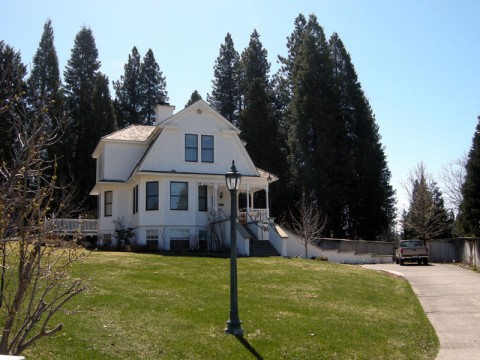 The house is a Victorian which has been modified to be a B&B. So for example all the rooms have their own bathroom. There is a relaxation room on the top floor with books and movies. They have a sauna, a hot tub, and also offer massages. 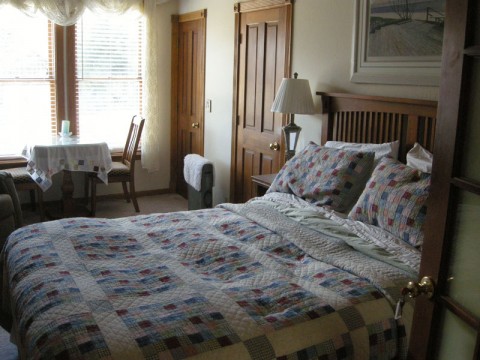 Here’s one of the rooms at the Shasta MountInn. This one has kind of an unusual bathroom layout in that the shower is behind one door and the bathroom is behind the other. The beds are all Swedish Tempur-Pedic® and have a top layer which is that strange “Memory Foam” which makes them very comfortable. For pillows they also have memory foam pillows, but also plenty of conventional ones too. Our room also had two separate heaters.

(I had never slept on one of these Tempur-Pedic beds with the memory foam so it was very interesting. Since the foam molds itself to your shape, you end up feeling kind of like you’ve burrowed into the bed.)

Here’s the view from the room we stayed in. 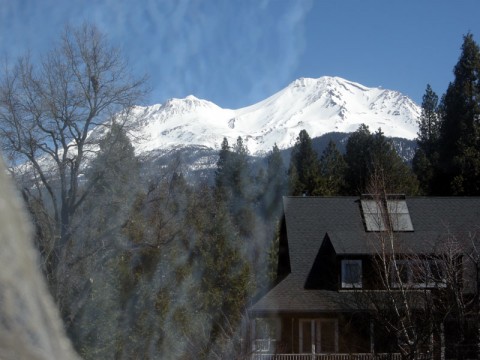 When our host Dave mentioned that he could make me some Trader Joe’s Gluten Free pancakes, I was thinking that he had the pre-made, packaged kind. Instead it turned out that he was making them using the Gluten Free Pancake and Waffle Mix that I reviewed here. It also turns out that he makes a much better pancake than I do, which is really saying something, because I’m a pancake pro. They were also served with home fried potatoes. Did I get a picture, you ask? Why yes I did. 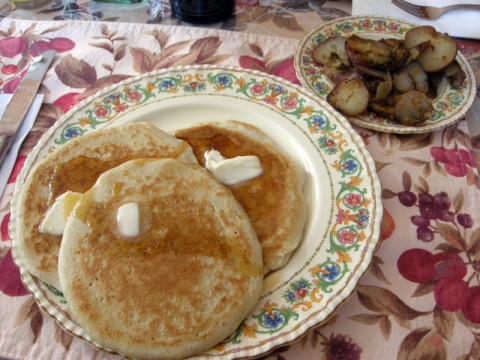 When the subject came up, Dave seemed to be aware of different food allergies, and it seemed like he would be able to accommodate a wide variety of diets given enough notice.

We want to know: Have any Bed and Breakfast recommendations for weekend trips around Portland Oregon? Do you find that most places are at least gluten free friendly? Let us know in the comments!

Times we have visited: 1 (So your experience may vary.)
Overall rating: 5 out of 5 stars
Price compared to “regular”: Same