We finally got a chance to visit the New Cascadia Traditional Bakery on Saturday. At around noon we got on our bikes and rode down to their new location. It’s at 1700 SE 6th Ave at SE Market. So that’s on 6th, just two blocks south of Hawthorne. I was a little unfamiliar with where it was. It’s over in the slightly industrial area down between SE 7th and SE Grand. It’s around the Paper Zone but a little further south. 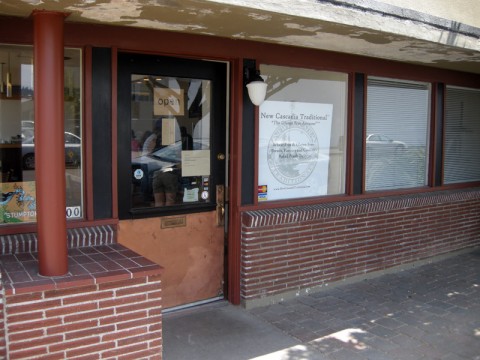 They look like they’re still moving in and working on making the place more comfortable. The great thing is that they’re offering coffee and espresso drinks, so now you can sit down and have a nice gluten-free treat with a drink. They will also be setting up outdoor seating very soon. Like their NW outlet often was, there was a line to get to the counter. 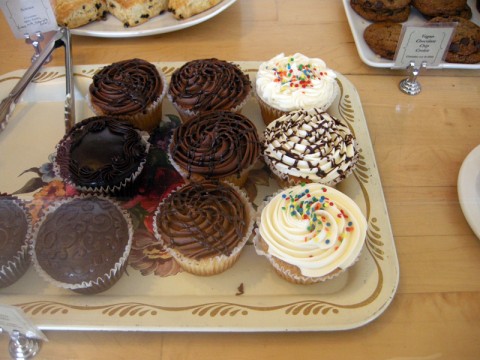 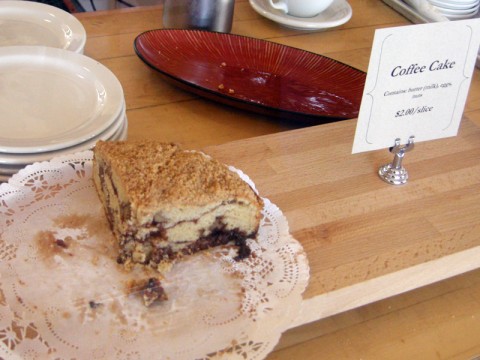 Most of the items have signs letting you know if they contain any common allergens. For instance, the gluten-free coffee cake here contains butter, eggs, and nuts. We both got lattes. Sienna got a regular latte and I got a soy latte. They were both awesome. We also got a scone and a piece of coffee cake. Unfortunately, they didn’t have any cinnamon rolls left. Since my last review of one of their gluten-free cinnamon rolls was less than enthusiastic, I wanted to try one that was fresh from the source. 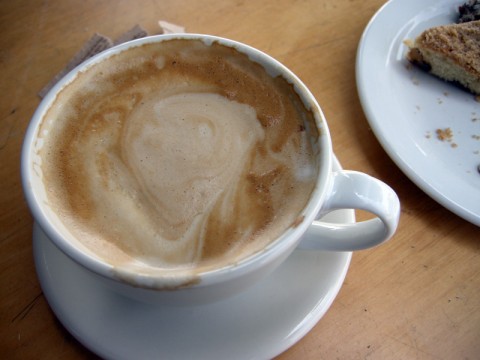 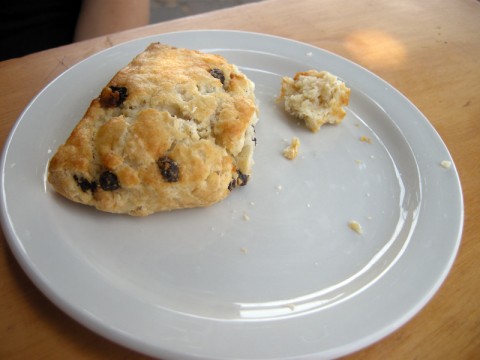 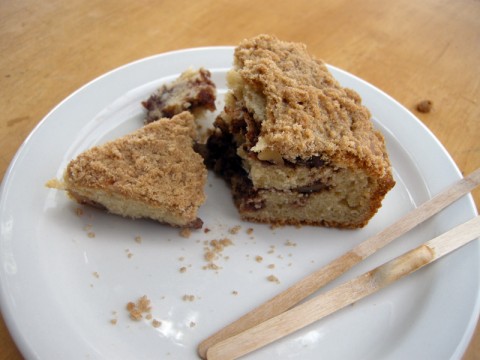 My coffee cake was awesome. It was crumbly, sweet, and had the right amount of cinnamon. We also both liked the scone. I normally don’t like anything even resembling a raisin in any kind of baked good (especially cookies) but was able to put that aside for the sake of this review.

The real star of the show, however, was the service. Everybody was friendly and enthusiastic. When we asked about sitting outside, our barrista offered to help carry a table out for us. We bought a pizza crust (review coming later) and accidentally ripped it while putting it in our bike bag. When we took it back inside to ask them if there was a way to fix it, they gave us a new one for free, which was amazingly generous.

We’ve been reviewing a lot of places that might be a little risky for people who are really seriously gluten-intolerant, so it’s nice to be able to recommend a place without reservations, because it’s totally gluten-free and the facility is gluten-free. You should go check it out! Go here for more New Cascadia Traditional Bakery reviews.