I didn’t mention it at the time, but last Thursday was my birthday and as a present to me, Sienna made some delicious gluten-free buttermilk donuts. It’s been quite a long time since I’ve had a donut, but during my donut-eating days I became quite the connoisseur. In fact, that’s one of my complaints about Portland – there are a lot of bad donut places. I’ve heard that there’s a place on NE Sandy that makes good donuts, and of course there is also Voodoo Donuts, whose donuts I like. Of course, sadly, this is all academic at this point. 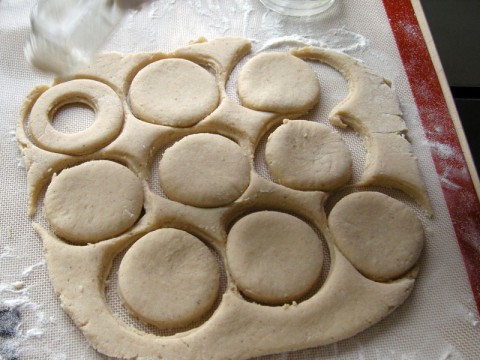 I don’t know about you, but one of my favorite donuts is the plain donut. I’m also very partial to glazed buttermilk donuts. If you like these kinds of doughnuts, then I have the recipe for you! The recipe is here: Amazing Gluten-Free Buttermilk Donuts. 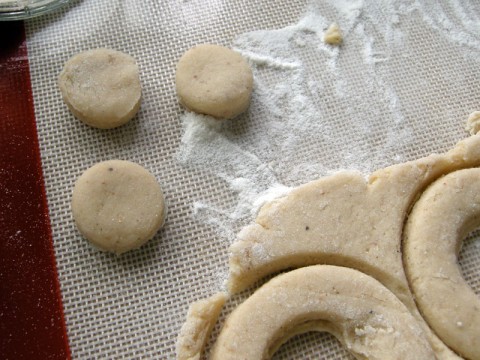 As you can probably guess from the name, there is buttermilk in the recipe. There are also eggs, some spices, baking powder, baking soda, sugar, salt, and xantha gum. The flour mix is made with white rice flour, brown rice flour, potato starch, and tapioca starch. 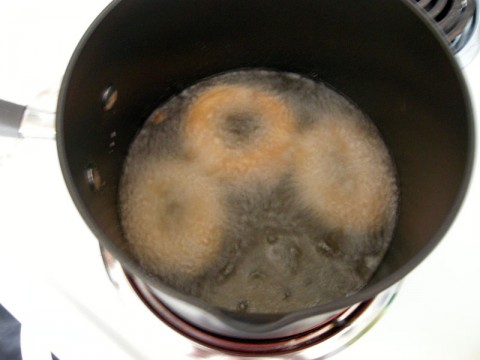 The recipe lists a temperature for the oil, and that’s important. Too high and you burn your donuts before they’re done inside. Sienna used a kitchen thermometer, and found that to get the right temperature, she had to turn our burner up to low-medium. She also found that when she dropped the doughnuts in, the temperature went down ten degrees. 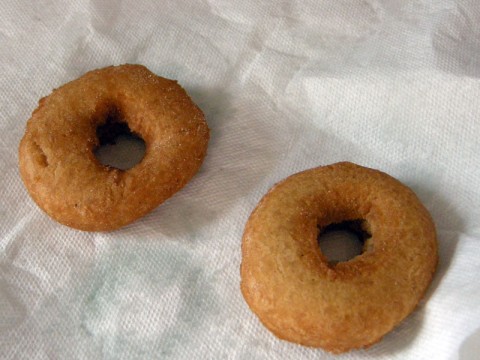 These babies look good. And they were awesome! The only thing we thought could use adjusting was the sweetness. They barely need any frosting or sugar to make them taste good, and are sweet enough just by themselves, which is how we ate them!

For more amazing-looking gluten-free recipes from this same chef, check out her website, Gluten-Free Bay.

We want to know: Do you have a favorite gluten-free doughnut recipe? The last time I was at Whole Foods I noticed that they had gluten-free donuts. Have any of our readers had one? What did you think? Let us know in the comments!

Times we have visited: 1 (So your mileage may vary.)
Overall rating: 5 out of 5 stars
Price compared to “regular”: Same (except that gluten-free flour is expensive!)