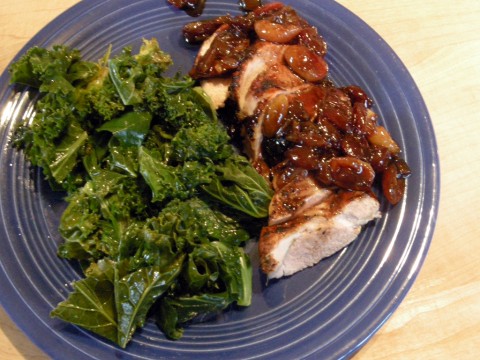 We were recently looking at cookbooks in Powell’s Books on Hawthorne. Specifically, we were checking out The New Best Recipe

from America’s Test Kitchen, which also has a book that’s The Best Simple Recipes

, which as the title would suggest, has the best recipes but for people who don’t have as much time. I checked out the simple book and felt like it isn’t exactly the kind of food we like to eat. Recently, someone gave us a subscription to Bon Appetit magazine, and there’s a section in the magazine devoted to recipes that are supposed to take 15 minutes or under. We’ve had a lot of success with those recipes, and just on a whim, we decided to see if there was something like it in the quick cooking section at Powell’s. Little did we expect, we found exactly what we were looking for! 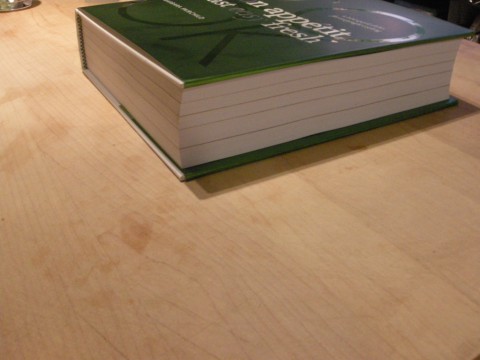 I had to take a shot of this book from the side. Look at the size of this book! It’s giant! And it has 1100 recipes in it. 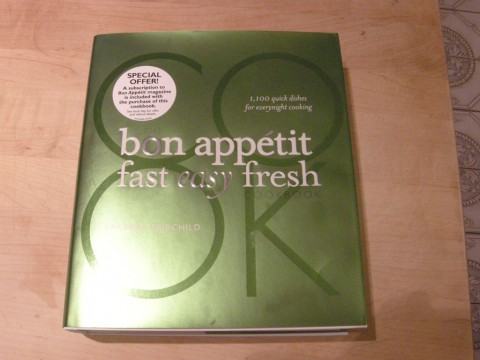 (2008) by Barbara Fairchild. Obviously, not all of these recipes are going to be gluten-free. But that’s what substituting is for. Also, the recipes are all supposed to take between 30 to 45 minutes to make. The book is divided up into different sections on soups, salads, sandwiches, different kinds of meat (fish, pork, beef, chicken, turkey, duck, and game), vegetables, breakfasts, sides, desserts, and even cocktails. The vegetable section is broken up by season so that you’ll actually be able to get the veggies for the recipes you want to make. One thing this book doesn’t have a lot of is photos, which is kind of disappointing, but still OK with me. 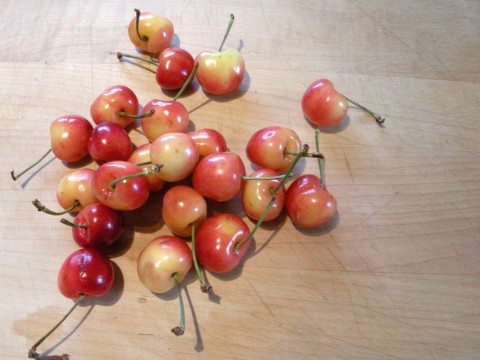 On to the recipe. It’s a quick cherry chutney over grilled pork tenderloin. This recipe takes advantage of the fact that cherries are available in stores right now, and serves four. Trader Joe’s has whole pork loins for a reasonable price. I added some things to it (marked in italics). These are: garlic & powdered ginger.

Obviously, the first thing you’re going to have to do is pit the cherries. If you don’t have a cherry pitting tool, you can do what I did and cut the cherries in half around the pip and then pop them out with a fingernail. If you cut it in half the right direction, you can get your thumbnail under the ridge that runs around the pit. Depending on how quickly your grill heats up, you may want to start it after you finish the cherries.

Make the Glaze: Mix the vinegar, allspice, ginger, garlic, and preserves in a small bowl. Pour 1/4 cup of this mixture into another container, and set aside for glazing the pork. The rest is going to go into the chutney. 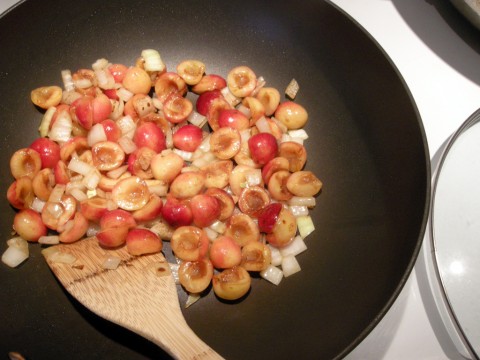 The Chutney: In a pan over high heat, add some oil and let it heat up. Add the onion and saute for a minute. Add the chili powder, cherries, onion, and the reserved mixture from the preserves. Stir often and boil the mixture 8 minutes or until thick.

The Pork: Season the pork with salt and pepper, and then do your normal grilling and glazing routine. For a piece of meat like this, it means browning it in the hottest part of the grill, and then moving it to a cooler area to cook through. You’ll want to turn often and glaze it a lot. Cook until meat thermometer registers 145 F. You can speed up a pork loin by cutting it in half lengthwise. I did this to cut down on my cooking time.

At some point, put some kale in an aluminum foil packet with a little olive oil, a dash of salt, and some water. Put that on the grill 10 minutes before the pork is going to be done.

One Last, Quick Note: This doesn’t have anything to do with gluten-free cooking, but recently Sienna went on a mission to find the best cooking thermometer made. She went to different stores and asked people for advice. She searched the Internet. After a long search, she was successful: the best meat thermometer ever 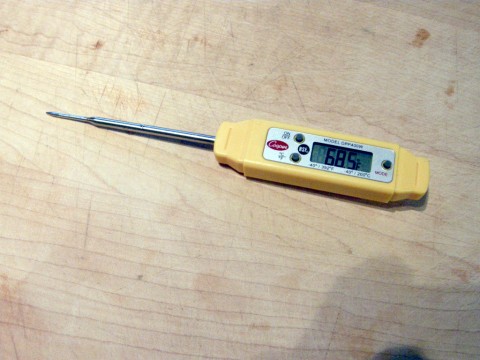