We’ve been trading emails with a couple of bakeries around the Portland Metro area, and recently we were headed through Aurora, so we stopped by for some sandwiches and picked up some baked goods. Since we usually show up at places incognito, it needs to be mentioned here that White Rabbit knew we were coming. I like having this kind of experience, because we get to hear the person’s story. We took the goodies over to my friend Noah’s house and had a taste testing with Noah, his wife Lorna, his son Calder, Sienna, and me. So this time we were able to get a kid’s perspective on the goodies. 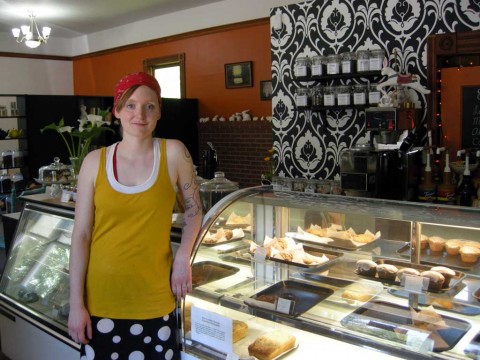 Owner Emily Arreola had originally intended to open a bakery in Portland, but when the roof of the kitchen they were renting literally fell in, they decided that maybe it wouldn’t be a bad idea to open the bakery in Aurora. For those of you who are scratching your heads over where Aurora is, its South of Wilsonville, and it’s pretty tiny.

White Rabbit does bake wheat products, but they take precautions to prevent cross-contamination. They try to isolate the areas where they use different products when possible, and thoroughly clean equipment and surfaces when they can’t. On their display case, they have a disclaimer that they do cook with wheat, nuts, eggs, dairy, and soy, and that they don’t recommend their products for the severely allergic. None of the gluten free folks who did taste testing with their baked goods experienced any problems. 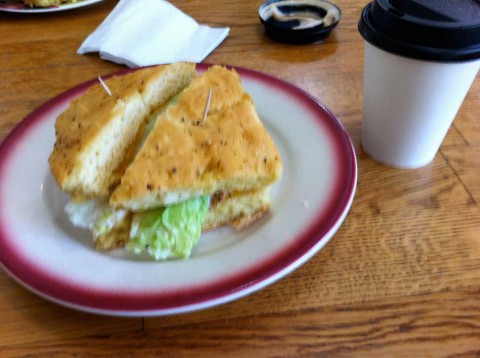 During our visit, Sienna and I sat down for sandwiches, and had some lattes. The lattes were good, and the sandwiches were stellar. We both had tuna salad sandwiches. Sorry about the bad photo. I wanted to show what the bread on these sandwiches looked like. That’s right – it’s like Focaccia bread! Fluffy, kind of olive-oil flavored, delicious bread that made me worry that I was eating wheat bread. Wow! 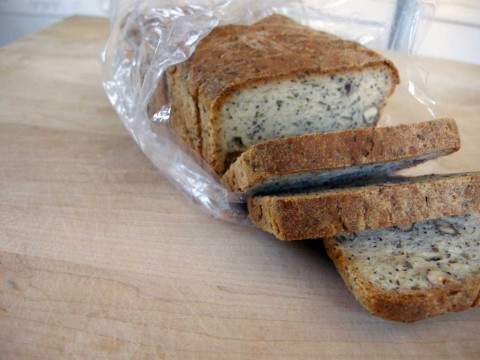 Besides the bread for our sandwiches, White Rabbit gave us some other bread to sample. The texture and flavor of this bread is exactly like most of the gluten-free breads we make with our bread machine. Like basically all gluten-free breads, it really needs to be toasted before you eat it. The bread has good flavor and a great crunch when toasted. I ended up wishing that it was a little less dense, but Sienna really loved this bread. We tried it toasted with butter, and also used it as a base for open faced hamburgers. It easily beats any of the store-bought breads I’ve purchased recently (Whole Foods brand and Rudi’s). 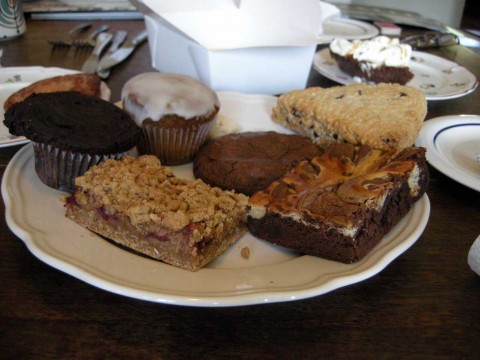 On to the baked goods. As you can see, we got quite a range of items. Here are notes for them:

Lavender Shortbread Cookies – Obviously for those who like lavender. Best gluten free cookies ever. EVER. They are crisp, and have the perfect amount of lavender, so that it doesn’t overpower the taste of the cookie.

Cinnamon Sugar Donuts – While we were eating our sandwiches, a man and his little daughter came in looking for some of their chocolate glazed gluten-free donuts. Apparently, they’re awesome. We all liked the cinnamon doughnut. It was donutty, and close to the real thing.

Brownie – Everybody loved the brownie. It is nearly the perfect consistency and is deliciously chocolaty. We enthusiastically gave this item an eight out of ten, and then promptly forgot to rate anything else.

Chocolate Cookie – We all liked it. It was properly gooey inside, crunchy outside, and had good flavor. We all felt like it needed something. Maybe some powdered sugar on top? Maybe baked thinner?

Fruit Bar in the Front left there – We thought that although the flavor was good, but it seemed undercooked.

Raspberry Orange Sour Cream Muffin – Another universally liked item. The muffin is light and fluffy, the texture is perfect, the flavors intriguing, and the lemony frosting is perfect on it.

Lemon Bars (with raspberries and plain) – The lemon bars are properly tart, which we loved. We all wished that the crust was a little more crisp, but these were also a winner, especially the bar with raspberries. 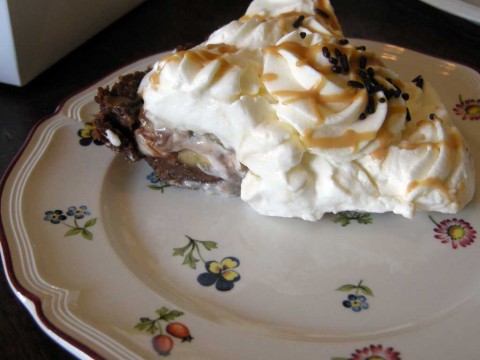 Banana Cream Pie – This was Noah’s favorite. All the adults were trying to figure out what the crust is made of. It’s really quite remarkable. Banana cream pies are usually more custard-like, but this pie is more on the whipped cream end of the spectrum, and is almost insubstantial. 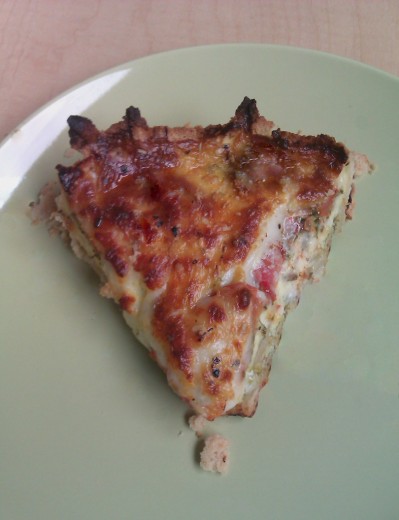 We ended up being really impressed with White Rabbit’s baked goods. Check out this page for a more comprehensive list of their products. The clear winners were the banana cream pie, the Raspberry Orange Sour Cream Muffin, the lemon bars, and the lavender cookies. Sienna’s favorite was the gluten-free doughnut. She also had a slice of their quiche, and she found it necessary to drop an f-bomb when describing how much she liked it. Did we mention that they make gluten-free granola? White Rabbit does and it’s good. I’d say that the worst thing about the White Rabbit Bakery is that it’s a little bit out of the way, down south of Wilsonville. If you find yourself in the neighborhood, though, we recommend that you stop by for a delicious sandwich and a treat.

We want to know: Anywhere else to get gluten-free donuts? Have you eaten at the White Rabbit Bakery? What did you think? Let us know!

Gluten-Free Safety Rating: Gluten-Free Friendly But Ask Questions
Times we have visited: 1 (So your experience may vary.)
Overall rating: 4 out of 5 stars
Price compared to “regular”: Same