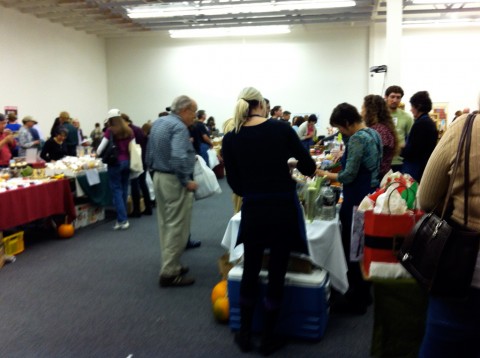 We attended the Gluten Intolerance Group (GIG) Holiday Food Fair around noon last Saturday the 22nd. When we walked in, the place was hopping, and everyone we talked to mentioned how busy it was. Besides vendors with booths set up, there were also a number of talks on various subjects available. We didn’t attend any of the talks, and instead went around the room, sampled goodies and talked to some of the people we knew there. We looked around for Lisa Shaver, the Portland Metro GIG Branch Manager, but didn’t see her. (Sorry for the quality on some of these photos. I’m going to have to switch back to using my real camera instead of my phone.) 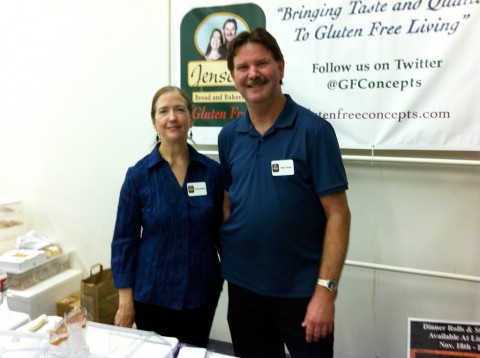 Here are the Jensens of Jensen’s Bread and Bakeries. They make the buns that are served at a large number of restaurants around Portland, including all 59 Northwst McMenamins, the Corbet and Hawthorne Fish Houses, Dick’s Kitchen, and a quickly-growing list of others. 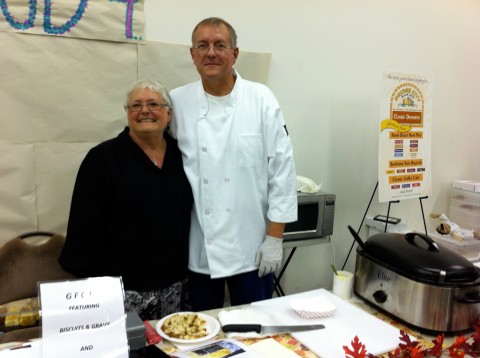 Some of you may have noticed a gluten-free food cart around town called the “GF Chef.” Here is the chef himself, Jim Adams, and his significant other. He had samples of biscuits and gravy along with information about his cart, which is currently available at NE 20th at Everett in the Green Castle Food Court. They serve various sandwiches, corn dogs, donuts, and other American food. 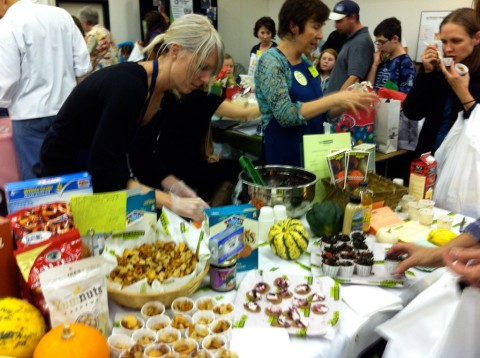 We don’t have space here to list everyone who had a booth at the show, but the regular big name gluten-free companies had booths. So there was Bragg’s, Ener-G Foods, New Seasons Market, Pura Vida Products, Rudi’s, and even Tupperware. Bakeries were well represented, including many we know like Crave Bake Shop, Cravin Raven, Gluten-Free Gem, New Cascadia Traditional, Piece of Cake, and White Rabbit Bakery, but also some ones we didn’t recognize. 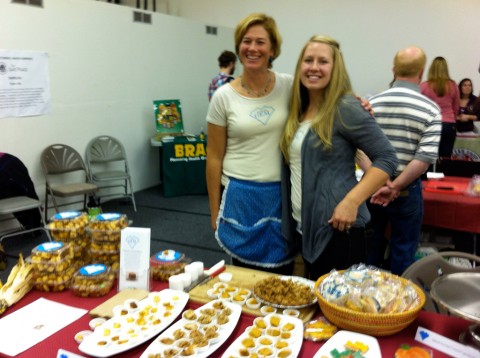 Here is a woefully blurry picture of Ann Miller, the owner of the Gluten-Free Gem Bakery, and one of her bakers, whose name I would have written down if I was more organized (Note to self: be more organized). They had samples of their delicious baked goods, as well as information about their products, which are produced in a dedicated gluten-free facility here in town. They are located at 265 N Hancock St. #105 and have a retail window that is open 9 AM to 3 PM Monday through Friday. Their baked goods are available at Stumptown Coffee locations around town, New Seasons Markets, and a bunch of other places in Portland. 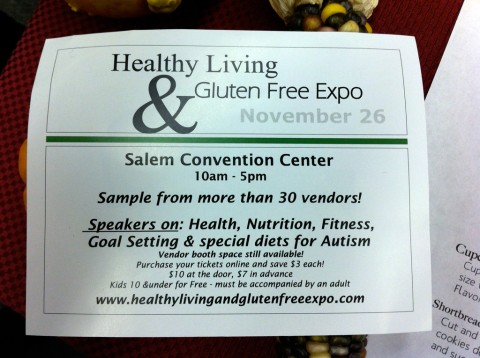 Ann Miller told us about an upcoming Gluten Free Expo taking place at the Salem Convention Center on November 26. 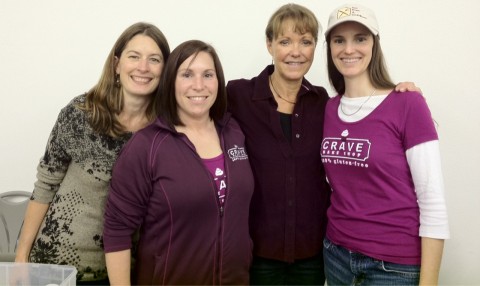 Last but not least, we visited the Crave Bake Shop booth. Laura B. Russell was there signing copies of her book, The Gluten-Free Asian Kitchen

. Next, from left to right here is Jamie Hogland, the business partner of Crave Bake Shop’s Kyra Bussanich. Then comes Deb Wheaton and her daughter Amy. Deb Wheaton is a celiac consultant, gluten-free blogger (notevenacrumb.com), and writer/producer working with the Celiac Disease Foundation to produce the national public service announcements and a series of educational online videos to raise awareness.

That’s all we have. See you next time, and thanks to the GIG for holding these events!