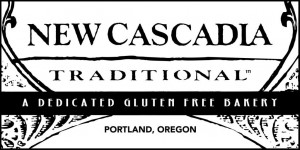 – Items on our Holiday menu are available for special order pick-up from Friday, December 12 through Wednesday, December 24.

– All orders must be placed 48-hours in advance—no exceptions!

– This means that orders for Christmas Eve close Monday, December 22 at 5pm

– Cake orders will be closed from Saturday, December 20th through Sunday, December 28th. Apologies in advance for any inconvenience!

– We will have holiday items available in the café through the month of December, but we STRONGLY RECOMMEND placing your order in advance!

– Full payment is required in advance to secure order.

And without further adieu, here is our 2014 Holiday Menu: 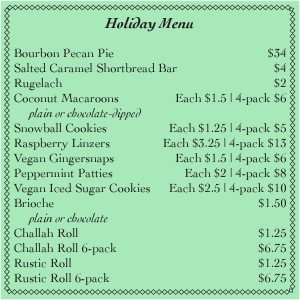 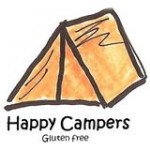 Do you know about Happy Campers?

No, not your average happy-go-lucky Joe, the Happy Camper, the gluten-free bread company, Happy Campers! I was first introduced to their bread last year at the GIG fair in PDX. It was great. And the guys at the table were super nice. (I’m always a fan of supporting local companies owned and run by nice humans.) In our home, Happy Campers bread is a staple. As in we buy at least a loaf a week, sometimes two. We eat it all the time not only because it’s good, but also because it is whole grain and higher in fiber than most gluten-free breads.  Then, a month ago they just went and changed up their recipes.

If you’re like me when a product you love announces a big reveal about a recipe change you worry. So when I heard, I worried. Was I going to have to find a new brand? I’ve tried everything and although there are some fabulous GF bread companies in PDX (how lucky are we?!) none of them are particularly high in fiber, which I insist on for my child who eats bread daily.

Thankfully, it turns out I had nothing to worry about.  Not only are the new loaves delicious (I got to try them all at the GIG fair,) they also have 5-6 g of fiber per slice! That’s more than in most whole wheat or sprouted grain breads. And did I say it’s good? It is. Really good. It tastes, well, like bread should. Moist but not soggy. Chewy. Hearty. Just right. 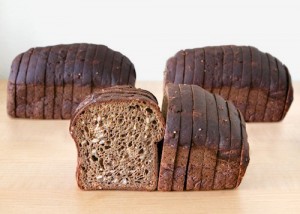 Here is their blog post about the revamped recipes.

Oh, and by the way, their entire facility is GF and this is what they have to say about their loaves:

“Yummy, healthy, allergy-friendly! There you have it, the bread of your dreams! Doesn’t matter if you’re gluten, wheat, dairy, egg, soy, sugar, rice, grain free; these scrumptious loaves will make you and anyone a happy camper! We bake them for you by hand in our dedicated gluten-free bakery in Portland, Oregon. Our quality ingredients come from NON-gmo, gluten-free sources and almost all of them are ORGANIC.”

The loaves are available all over town. I was going to list the places but there are too many, you’ll have to check over on the site (where you can also order loaves directly.)

Here’s our next candidate in the series of gluten-free bread recipes we’re reviewing here. We’re looking for the best gluten-free bread recipe that the Internet has to offer. This next one comes to us via Gluten Free Cooking School dot Com and is their “Really Good Sandwich Bread.” I picked this one simply because it came up as number one in a Google search and looked like a basic gluten-free white bread. As we’ll be doing with all the recipes in this series, we used our bread machine to bake it. (Shameless plug: don’t miss our guide to gluten-free bread machines.)

I’m not going to include the recipe here. I followed this one to the letter. To make the bread, you need to make up a batch of their all-purpose gluten-free flour mix, here, and then add basic bread ingredients that go in most breads. The one item that’s a little troublesome is that the flour mix calls for masa harina. This is a special kind of corn meal that you can usually find in the Mexican food area of your local supermarket. Masa is corn (usually hominy) that has been boiled with lime and water and then dried. In Mexican cooking, this is what corn tortillas, tamale shells, and other corn items are made from. Strangely, our local Whole Foods didn’t carry it. Fred Meyer transferred me all over the store looking for it, and finally told me that they didn’t have it. I ended up going there for something else later that day, and it turned out that they did have it on the shelf. The proportion of masa harina in the mix is pretty low, . Later note: we heard from the author that a better substitute is almond flour.

Later note: The author has updated the cooking time information so that it is very clear.

I would tell you what we did, except that it didn’t really work. We ended up having some bread machine problems, too. When we tried to program 20 minutes of rising and 60 minutes of baking, our machine turned itself off after the rising. It was another 20 minutes before we discovered that the bread was cooling instead of baking. Here’s what we ended up with (another short loaf). 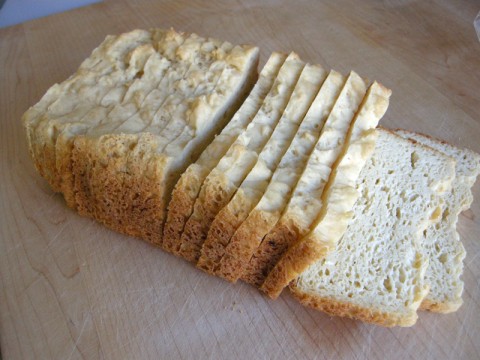 Definitely take my review with a grain of salt, because the bread didn’t come out the way it probably should have. That said, if you’re looking for a relatively flavorless, inoffensive, white bread then you’ve come to the right recipe. The bread by itself tastes a tad strange, but when paired up with other things the flavor fades into the background. The flour mix is basically corn, brown rice, and soy flour, which is probably more nutritious than some of the breads that are simply rice four and starch. So that’s a good thing.

On the down side, the bread doesn’t really brown in a toaster, and I wasn’t really impressed with it as toast. As a sandwich bread, we tried it with hamburgers, BLTs, and grilled cheese sandwiches with our Panini press. (After a month-long Panini grill search, we got a Cuisinart Griddler, which we’ve been very happy with.) 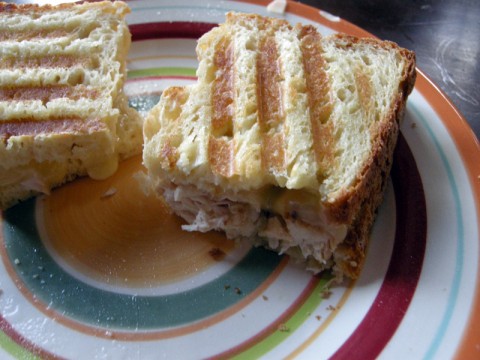 I’m kind of surprised at how popular this bread seems to be. Neither of us was very impressed by it. The bread is better than the Trader Joe’s gluten-free rice bread, but that’s not saying much. I personally preferred the Bob’s Red Mill Homemade Wonderful Bread Mix, which we reviewed here. A person would be much better served by the Teff Bread that we reviewed last time, our favorite gluten-free millet oatmeal bread, or any of the breads we’ve tried from Gluten Free Baking Classics for the Bread Machine by Annalise G. Roberts, which we reviewed here.

This is just a very long-winded way of saying that neither of us liked this bread, and I’m scratching my head over why it’s so popular. At the same time, it didn’t really turn out right, so maybe more testing is called for.

We are always looking for another bread recipe to make. Do you have a favorite gluten-free bread recipe? Send us an email or leave a comment here!

We already have a favorite gluten-free bread, but I think that it’s good to experiment and try new things. You never know when you’re going to find something better. This week I tried out an interesting recipe from the Whole Life Nutrition Kitchen. It’s their Dark Teff Sandwich Bread. I made some small changes to the recipe.

I’ve bumped down the salt quite a bit and removed some of the sweetener choices. The star of the show in this bread is teff. Teff is known for being very nutritious. Among other things, it is high in phosphorus, has a very high calcium content, and contains plenty of iron, copper, aluminum, barium, and thiamin. Teff is also high in protein. Arrowroot powder and tapioca flour are both more starchy flours, and aren’t amazingly good for you. Here is nutrition information for teff, tapioca, and arrowroot. 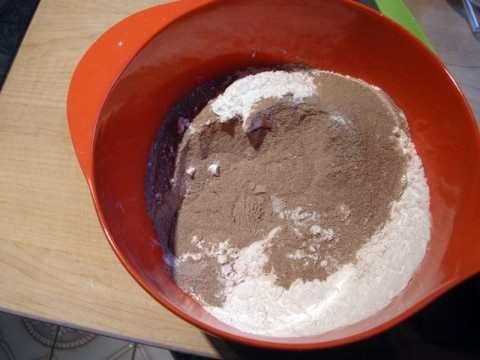 The recipe on the Whole Life Nutrition Kitchen’s site is for making the bread by hand, but my plan is to make all these recipes with our bread machine. Mostly because that’s the way it’s going to work for us in “real life.” As such, I’m going to rewrite the directions here. Basically, it amounts to mixing the dry ingredients and the wet ingredients. Then adding them to your breadmaker per the manufacturer’s instructions. 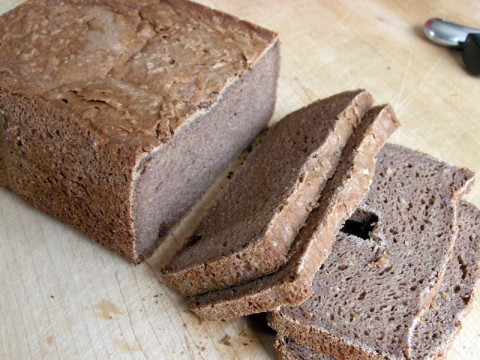 Here’s the finished loaf. Yes. Yes. We were underwhelmed by the amount it rose. I want to keep in mind that a short loaf like this could very well be my fault. With bread, it’s hard to see something as a pattern until you’ve made the same recipe a number of times. It could also be the program I’m using on the bread machine. As could be expected from the amount it rose, the bread is pretty dense. Teff has a sort of sour nutty flavor, and the finished bread tastes almost like a mild dark rye bread. 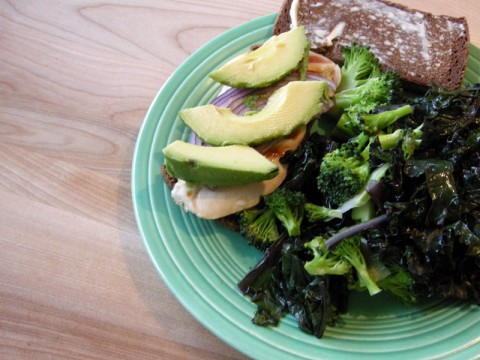 The name of the bread includes “sandwich,” which to me means that it’s probably going to be a lighter bread that doesn’t have so much flavor that you can’t taste anything else in your sandwich. We found that to be the case with this bread. The bread doesn’t really toast much, but on the good side that means it isn’t easy to burn in the toaster. While it doesn’t exactly shine with some butter and honey or jam on it, the bread is very good for sandwiches. 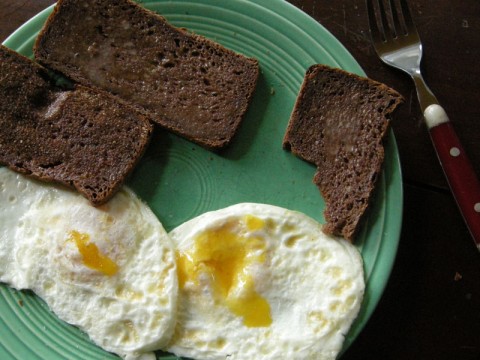 My favorite application for this bread so far has been with eggs. There’s something about the flavor of the bread that makes it go really well with egg yolks. I bet it would make for a great egg sandwich. Sienna and I both liked this bread and we agreed that we should do some more experimenting with it. Here’s how it does with our new-fangled scoring system.

We’re almost out of bread and are looking for another recipe to make. Do you have a favorite gluten-free bread recipe? Send us an email or leave a comment here!