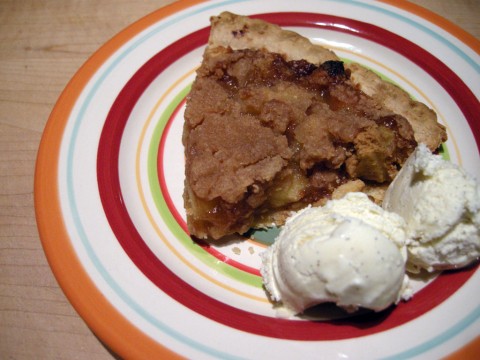 Gluten free apple pie a la mode, that’s what we’re talking about here. Whole Foods has a bunch of gluten free items now which are produced in a dedicated gluten free facility, so they’re not a source of worry for people who are very sensitive to gluten. The ingredients are posted on the package. We’ve found that there are two sizes of these apple pies, and have to admit enough experience with them to say that the smaller sized pies are better for some reason. Both are really amazingly delicious.

While we’re talking about pies, let’s digress a little bit and mention that some of the gluten free bakeries around town can supply pies. We’ve sampled pies from Crave Bake Shop and also a pie crust from Gluten Free Gem and can vouch for both. 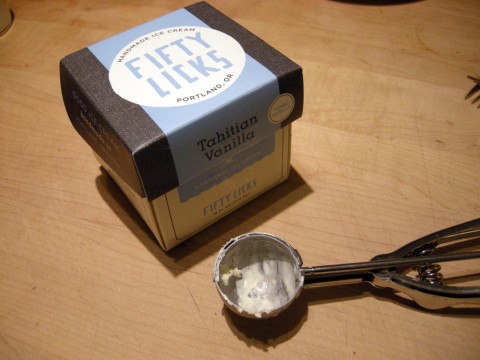 The second part of our apple pie a la mode is the ice cream, supplied by Portland’s own Fifty Licks (their website currently appears to have been hacked – so look out). When I was a kid, I remember my parents making ice cream in an old hand-cranked ice cream maker. To get the ice cream cold enough, you had to put salt and ice into the bucket, and then everybody took turns cranking it. The vanilla ice cream recipe was almost like a custard. This Fifty Licks Tahitian Vanilla ice cream is the closest I’ve eaten to that kind from my childhood. I love it!